To the End of Revolution, The Chinese Communist Party and Tibet, 1949 -1959, by Xiaoyuan Liu 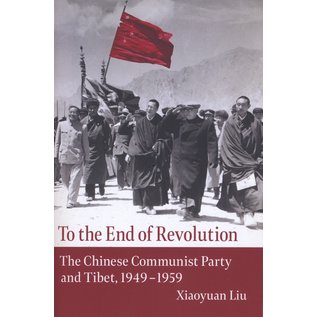 The Tibetan question of the Twentieth Century can be examined in more than one frame of time. As of the establishment of the People’s Republic of China, Tibet had assumed significance in three temporalities. First, it was one of the major territorial issues China encountered in the process of territoriality transformation since the mid-Nineteenth Century. Then, after 1911, it posed a serious interethnic and intercultural challenge to the Chinese Revolution. Lastly, in the wake of World War II, it became a locale of international intrigues of the Cold War. In focusing on the evolvement of the Chinese Communist Party’s policy toward Tibet around 1949, the article problematizes previous interpretations of the Chinese Communist advance into Tibet in 1950 that remain under spells cast by the opposing political forces of the time.