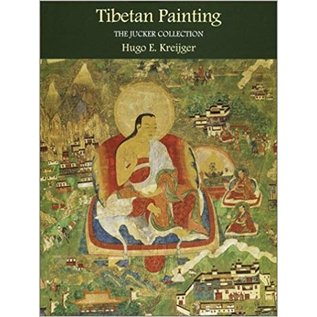 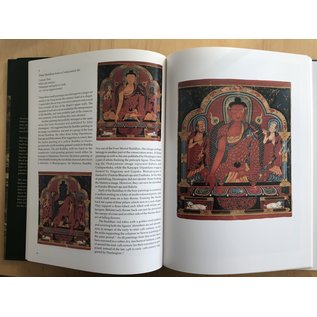 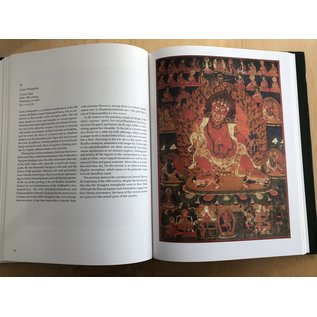 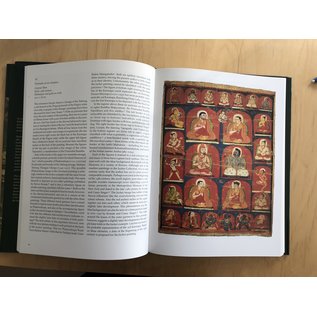 Reproduced here are exquisite paintings of the historical Buddha, bodhisattvas, historical and mythological figures, protectors of the Buddhist law, tutelary deities, as well as rare bardo paintings, black background scrolls, and mandalas. The selection of these sacred paintings which date from the late twelfth to the early twentieth centuries, was made on the basis of their stylistic or iconographic rarity—and their sheer beauty. Very few reproductions of these masterpieces have been published before.

Hugo Kriejger studied South, Southeast, and Central Asian art and archeology at the University of Amsterdam, where his main subjects were Tibetan and Nepalese Arts, and later, the arts and archeology of China, Japan, and Korea. He graduated in 1980. From then until 1997 he worked at Christies in Amsterdam as head of the India, Himalaya, and Southeast Asia Department, involved in sales in both Amsterdam and New York. In 1989 he organized an exhibition at the Ethnographic Museum, Rotterdam, on Tibetan Art from private Dutch collections and wrote the accompanying catalogue, Icons of Tibet. In 1992-93 he presented a photographic exhibition on the murals of Shalu at the Ethnographic Museum, Leiden and Breda, and wrote part of the accompanying catalogue. Presently, he is working on a Ph.D. on the murals of Shalu.