The Jebumgang Temple: Ritual Architecture and the Defense of the Modern Tibetan State, by Matthew Akester

Hardcover, 92 pages, Schongau 2019.
Ritual architecture and the defense of the Modern Tibetan State 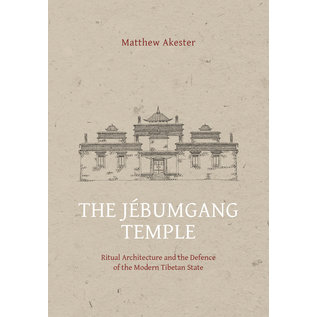 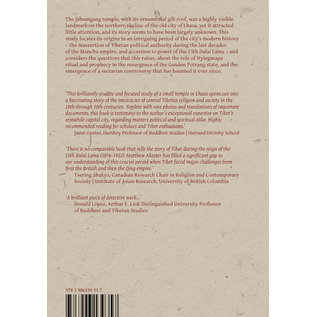 The Jebumgang temple, with its ornamental gilt roof, was a highly visible landmark on the northern skyline of the old city of Lhasa, yet it a attracted little attention, and its story seems to have been largely unknown. This study locates its origins in an intriguing period of the city’s modern history – the reassertion of Tibetan political authority during the last decades of the Manchu empire, and the accession to power of the 13thDalai Lama – and considers the questions that this raises, about the role of Nyingmapa ritual and prophecy in the resurgence of the Ganden Potrang state, and the emergence of a sectarian controversy that has haunted it ever since.