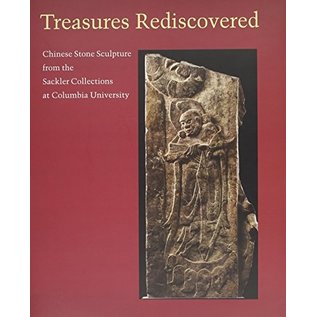 Treasures Rediscovered focuses on a group of 22 stone devotional objects and architectural fragments that collectively represent major developments in Chinese religion and mortuary culture, from the Han (206 BCE–220 CE) through the Tang dynasty (618–907). The major emphasis is on works from the sixth century, a period of great intellectual ferment and artistic transformation, above all in the Buddhist arts.

The sculptures included range from a small personal votive icon to large temple carvings. The majority are Buddhist icons in various formats, objects of devotion that were installed in temples and cave chapels.