Tibet and Her Neighbours, A History, by Alex McKay 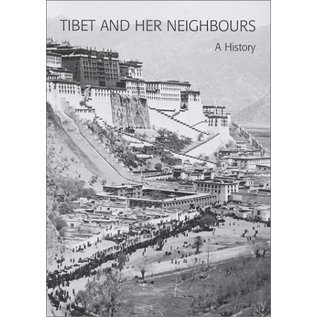 Twenty contributions from international historians examine Tibet's relations with neighboring states and the rest of the world throughout the centuries. Sample topics include the administration of the territory held by the 7th- century Yarlung dynasty, Tibet's response to Western modernity in the 18

Chronicles the country's complicated relationships with other nations, discussing topics such as the royal family's mobility during the Yarlung dynasty, the influence of Indian Buddhism, and the Chinese government's efforts to control the region.