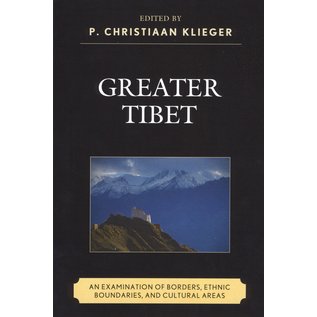 CHF65,00 * exkl. MwSt. zzgl. Versandkosten
Lieferzeit: ab Lager
Verlag:
Lexington Books
The concept of Greater Tibet has surfaced in the political and academic worlds in recent years. It is based in the inadequacies of other definitions of what constitutes the historical and modern worlds in which Tibetan people, ideas, and culture occupy. This collection of papers is inspired by a panel on Greater Tibet held at the XIIIth meeting of the International Association of Tibet Studies in Ulaan Baatar in 2013. Participants included leading Tibet scholars, experts in international law, and Tibetan officials.
Greater Tibet is inclusive of all peoples who generally speak languages from the Tibetan branch of the Tibeto-Burman family, have a concept of mutual origination, and share some common historical narratives. It includes a wide area, including peoples from the Central Asian Republics, Pakistan, India, Nepal Bhutan, Bangladesh, Myanmar, People’s Republic of China, Mongolia, Russia, and Tibetan people in diaspora abroad. It may even include practitioners of Tibetan Buddhism who are not of Tibetan origin, and Tibetan peoples who do not practice Buddhism. Most of this area corresponds to the broad expansion of Tibetan culture and political control in the 7th–9th centuries AD, and is thus many times larger than the current Tibet Autonomous Region in China—the Tibetan “culture area.”
As a conceptual framework, Greater Tibet stands in contrast to Scott’s concept of Zomia for roughly the same region, a term which defines an area of highland Asia and Southeast Asia characterized by disdain for rule from distant centers, failed state formation, anarchist, and “libertarian” individual proclivities.
Kundenmeinung hinzufügen
0 Sterne basierend auf 0 Bewertungen
Borders of Tibet (1) / Greater Tibet (1) / Tibetan Territory (1)