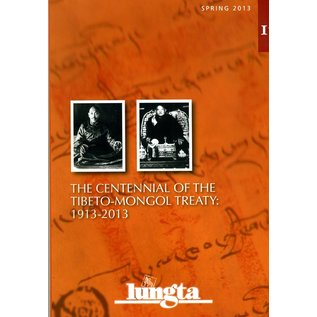 The 1913 tibeto-Mongol Treaty: Its international Reception and Circulation
by Elliot Sperling

The tibeto-Mongol Treaty of January 1913
by Tashi Tsering

The 1913 Treaty between Mongolia and Tibet: Its Historical Importance
by Prof. Dr. J. Bor, Prof Dr. A. Tuvshintugs

The Relationship between Mongolia and tibet at the Time of the Qing Collapse
Sung-Soo, Kim

The Treaty of 1913 between Mongolia and Tibet as a valid international Document
by Sergius L. Kuzmin

The Position of the 1913 Mongolia-Tibet Treaty in the Royal (All Elevated) Mongol State Diplomacy
by Prof. D. Ulambayar