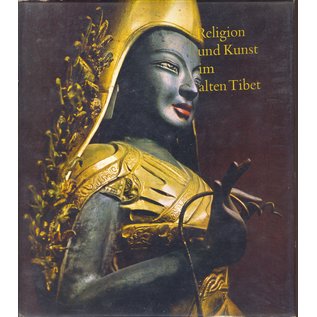 Blanche Christine Olschak was born on 24 July 1913 in Vienna, Austria to Austro-Hungarian parents, Joseph Olschak and Lilly Helene Büchelen. She studied at the University of Graz, earning a PhD in economics and political science in 1937 and the following year married the engineer Robert Schneiter.
She began to focus on Asian topics, specifically Tibetology, Buddhist philosophy and psychology, and Early Central Asian History and wrote about women in Asian societies. In 1945, Olschak fled to Salzburg, and worked as an editor at the Alpen-Journal, but her husband became a prisoner of war in 1946 and died in a concentration camp. At that time, Olschak fled again, going to Zurich, Switzerland.

Shortly after arriving in Switzerland, Olschak published Das Mädchen Katharina; Miniaturen aus den Jugendjahren der grossen Kaiserin (1947). She became a foreign correspondent for several Austrian newspapers and traveled throughout the Far East to China, the Himalayas, Japan, Java, Korea, Mongolia and Tibet to conduct research. In 1949, she was hired by Encyclic Verlag of Zurich to create the first encyclopedia of women which had ever been published. The work was comprehensive and covered cultural, economic, political and sociological aspects of women's lives from throughout the world. In the mid-1950s, the project was looking for a publisher to extend the work to the Americas and inspired Ángela Acuña Braun to create a historical social study of Costa Rican Women Through Four Centuries which took Acuña nearly two decades to compile and publish.

In 1961, she founded an organization, "Verein für tibetische Heimstätten in der Schweiz", for receiving Tibetan refugees and assisting with immigration into Switzerland in conjunction with the Red Cross. Under her own initiative, she took study courses with Constantin Regamey and Geshé Thupten Wangyal, attending conferences and writing scientific papers on Tibetan culture. For her scientific studies, she was awarded the title of professor by the Austrian Federal Ministry of Science and Research in 1981 and awarded a Golden Doctorate in 1987.