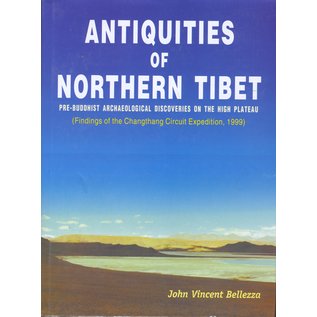 Findings of the Changthang Circuit Expedition 1999

Contents: Foreword. Preface. Introduction. 1. Religious, cultural and typological components of pre-Buddhist archaeological sites. 2. Hilltop forts, religious edifices and other structures built on Summits. 3. Structures, mostly religious, integrating caves and escarpments in their construction. 4. Free- standing religious edifices. 5. Remains of sedentary villages. 6. Graves with superficial superstructures and graves with Cubic-shaped structures. 7. Isolated pillars and pillars within a quadrangular enclosure. 8. Monolithic arrays. 9. Other types of archaeological monuments. 10. Pictographs and petroglyphs. Addendum: A preliminary archaeological survey of bKra ri gNam mtsho conducted in 1997 and 1998. Conclusion. Bibliography. Index. "Antiquities of Northern Tibet : Pre-Buddhist Archaeological Discoveries on the High Plateau details the exploration of archaeological sites on the highest parts of the Tibetan plateau conducted by the author on his Changthang Circuit Expedition in 1999. This pioneering research lays the groundwork for pre-Buddhist studies in Tibet by providing the requisite data needed to forge ahead in our understanding of prehistoric and protohistoric Tibet. The book begins with a comprehensive introduction to the pre-Buddhist culture, people and environment of Tibet. Particular attention is paid to why prehistoric man chose to permanently reside in one of the harshest environments in the world and to the adaptive religious strategies which were an integral part of the settlement process. Derived from his own fieldwork and translation. 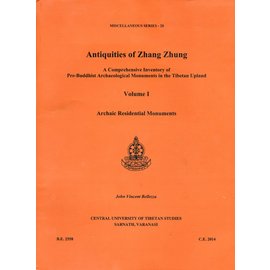 Antiquities from Zhang Zhung: A Comprehensive Inventory of pre-Buddhist Archaeological Monuments in the Tibetan Upland, by John Vencent Bellezza 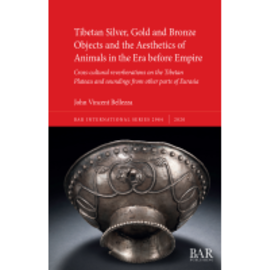 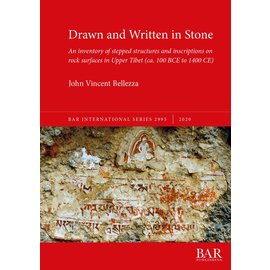 Drawn and Written in Stone, by John Vincent Bellezza