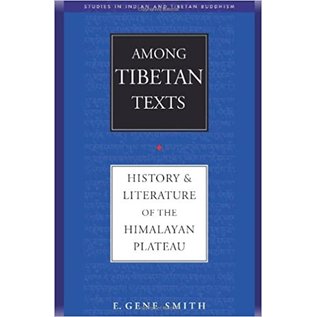 For three decades, E. Gene Smith ran the Library of Congress's Tibetan Text Publication Project of the United States Public Law 480 (PL480) - an effort to salvage and reprint the Tibetan literature that had been collected by the exile community or by members of the Bhotia communities of Sikkim, Bhutan, India, and Nepal.

Smith wrote prefaces to these reprinted books to help clarify and contextualize the particular Tibetan texts: the prefaces served as rough orientations to a poorly understood body of foreign literature. Originally produced in print quantities of twenty, these prefaces quickly became legendary, and soon photocopied collections were handed from scholar to scholar, achieving an almost cult status.

These essays are collected here for the first time. The impact of Smith's research on the academic study of Tibetan literature has been tremendous, both for his remarkable ability to synthesize diverse materials into coherent accounts of Tibetan literature, history, and religious thought, and for the exemplary critical scholarship he brought to this field.